Many of the Declarations of Independence and other kindred declarations included here that come from other parts of the globe clearly were modeled after our July 4, 1776, and follow it in language, structure, and rhetorical devices. Even those that aren’t adaptations often drew their inspiration from it. Just the notion that a written declaration of independence was an critical means for launching an independence movement is usually evidence that the product of Jefferson and company was the inspiration in some way.

We currently have the following declarations from abroad archived: 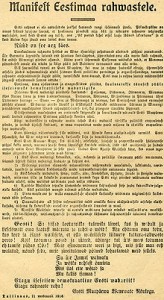 Estonian Declaration of Independence, or Manifesto to the Peoples of Estonia (Manifest Eestimaa rahvastele), Feb. 23, 1918

Editor’s Note: This somewhat flowery document, that makes some nods to our July 4, 1776 Declaration, was issued in the midst of World War I by

Editor’s Note: The leading insurrection Robert Nelson wrote the declaration of independence for the breakaway republic of Lower Canada (what is today Quebec) while in exile in the 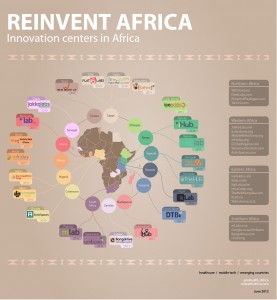 Editor’s Note:  According to its website, this declaration represents “a Pan-African initiative to promote human rights standards and principles of openness in internet policy formulation 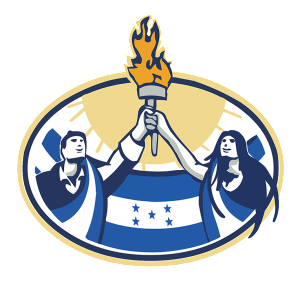 Editor’s Note: Galvanized by social media-savvy young people fed up with the pervasive culture of political corruption in Honduras, tens of thousands of protesters have converged 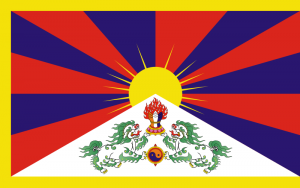 Editor’s note:  On February 13, 1913, the Thirteenth Dalai Lama returned to Tibet from exile in India — where he’d fled four years earlier after 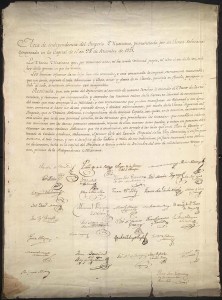 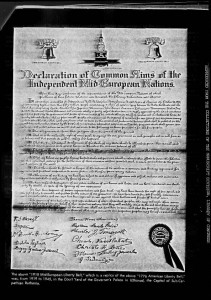 Editor’s note: A veritable declaration of independence was issued on October 26, 1918, after leaders of mid-European nations convened in for several days at Independence 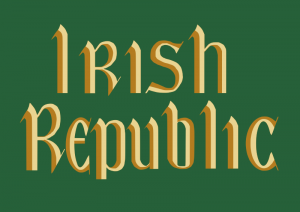 Editor’s note: On January 21, 1919, the Assembly of Ireland both initiated a War of Independence (“Cogadh na Saoirse” in Irish) against British forces and 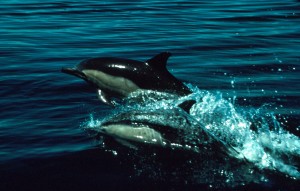 Declaration of Rights for Cetaceans: Whales and Dolphins (2010)

Editor’s Note: This declaration, which spells out what it maintains should be the legal rights under international law of whales and dolphins, is a product 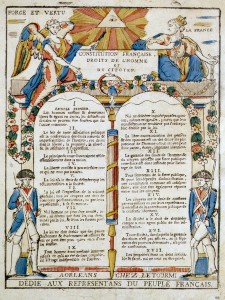 Editor’s Note: An expanded version of the 1789 French declaration, this revised version goes even further than its predecessor — it places greater emphasis on 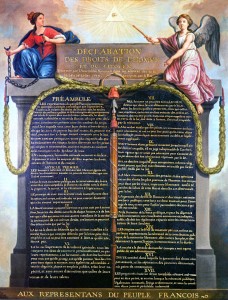 Editor’s Note: If there was a declaration to be written in the years soon after the founding of our republic, who better than Thomas Jefferson 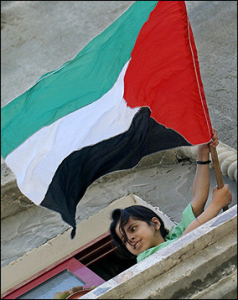 Editor’s note:  Composed by poet Mahmoud Darwish, the Palestinian Declaration of Independence was approved at an Algiers gathering of the Palestinian National Council on November