Thomas Jefferson actually wrote three ‘declarations’ — but not the one he’s known for. What has long since come to be known as the Declaration of Independence that Jefferson ‘authored’ was in fact the work of the entire Second Continental Congress, which made deft cuts and additions to the draft of Jefferson that changed the entire tone and tenor, and in a way that made it a genuine document that spoke to the vast majority of Americans. TELL FULLER STORY  Jefferson of course is the prime fomenter of the myth that he was the scribe of the Declaration itself — indeed, he went so far as to have etched on his tombstone that he was the author of the document.

None of this is to understate Jefferson’s accomplishments in the ‘declarational’ department; but rather, it is to say that we do Jefferson and our fellow founders a disservice by giving him credit where it isn’t do, and taking away from others credit that is due.

Jefferson, though, had declaration writing in his bones. One can say he wrote or co-wrote three declarations that did change the course of history — including the draft of the Declaration that was redacted and revised by his fellow Founders, and without which they could not have worked their own magic (much to the dismay of Jefferson, who couldn’t see that their handiwork made the document as close to timeless as what had been meant to be a timely workaday document could ever be).

We currently have the following declarations from Thomas Jefferson archived: 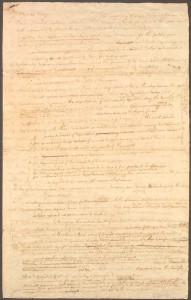 Editor’s Note: Ever wonder where Jefferson came up with the grievances enumerated in his first draft of the Declaration? You need look no further than the Preamble 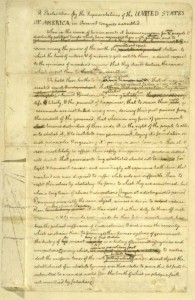 Editor’s note: While Jefferson audaciously, and incorrectly, had etched on his tombstone the he was “author of the Declaration of Independence,” the best he can 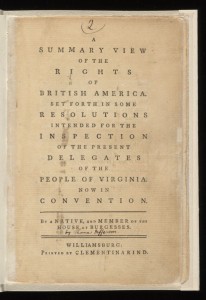 Editor’s Note:  The Summary View, Jefferson’s first manifesto, which served as great grist for Jefferson’s draft of the Declaration of July 4, 1776, contains one of the most radical 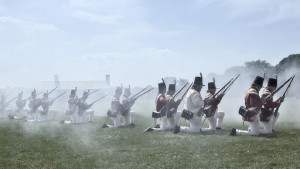 Editor’s note:  Thomas Jefferson took his first stab at bona fide ‘Declaration creation’ with this document. Issued on July 6, 1775 by the Second Continental