Editor’s Note: A first glance at the grievances enumerated here, and the language and tone in which they are presented, and you might think that Charles County took its cue from our July 4, 1776 Declaration of Independence — yet it was issued about a month before that famous document. Charles County, in the convention […]

Editor’s Note:  This eloquent declaration was issued by the denizens of Wrentham, MA, who possessed a “zeal for the common rights of mankind,” and were dismayed that the same “spirit of oppression” that prompted them to leave Britain in the first place has now pursued them in their new habitat.” And so they declared themselves “independent […]

Editor’s Note: Prizing both brevity and independence as virtues in composition, Gageborough, MA, joins the 1776 declaration bandwagon on June, 7, 1776 Gageborough, MA, Declaration of Independence  At a meeting of the inhabitants of the town of Gageborough, agreeable to a resolve of the House of Representatives, of June 7, 1776, requesting the several Towns […]

Editor’s Note: Short and sweet, this declaration of independence from Britain, by the town of Natick, Massachusetts, preceded our July 4, 1776 Declaration by a little over two weeks.  The concise document packs quite a punch, slamming Britain for “the glaring impropriety, incapacity, and fatal tendency… at the distance of three thousand miles, to legislate […] 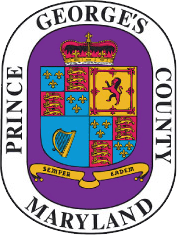 Editor’s Note: This declaration of independence was one of scores that was issued by states and localities in the months following the publication of Thomas Paine’s influential and rabble-rousing Common Sense.  These declarations in turn informed our July 4, 1776 document. This statement, or declaration, was published in the Virginia Gazette on June 14, 1776, and was likely issued […]